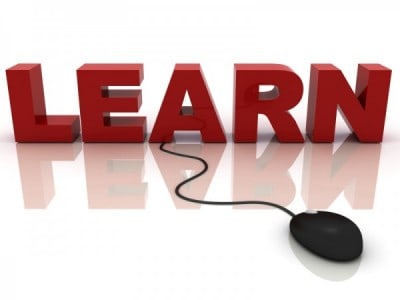 As someone that takes every opportunity possible to embrace the social media world on a daily and even hourly basis, I asked him why he wasn’t utilizing these sites. His response was that he is so busy with his daily writing tasks that he doesn’t have the time to spend surfing Twitter, Facebook, Google+ etc. Doesn’t have the time? My first response was make the time!

This response I gave especially held true given the fact that my friend is older than me and really has no special media training under his belt.

Given that the newspaper industry remains to be on shaky ground, it seems it would only behoove writers, especially older ones, to learn and absorb as much social media training as possible.

Should they find themselves out of a writing job, having a social media background under their belts would make them more attractive to those employers looking to promote their products and services on such venues.

Moving to the Age of Social Media

I found myself in such a position about a decade ago when it came time to leave the weekly newspaper I had been working at. With no real room for advancement on the horizon, I looked around for a job that would allow me to expand my creative talents and learn how to be more interactive with others on the web.

Before too long, I found myself in a position where I was able to employ those abilities and partake in cool things like social media, podcasts, video and audio productions and more as an online editor for a digital publication. Sooner than I could have expected, I found myself feeling real comfortable with using social media and expanding my horizons.

In today’s Internet age, not having a social media understanding or even more importantly, a yearning for it, can spell trouble in the job market.

According to a report from BIA/Kelsey, growth rates for social media marketing will likely grow approximately 33 percent yearly, going from $400 million less than two years ago to $2.3 billion in 2015, meaning many companies are getting it when it comes to social media.

With many more companies looking to enhance their social media offerings, that too means that individuals lacking social media skills need to add such talents, making them more attractive for hiring.

Through online courses, classes at local colleges and high schools, and even social media boot camps, individuals can either learn social media skills for the first time or sharpen those they already possess.

For some individuals, the idea that you are a social media player just because you have Twitter, Facebook, Tumblr and/or LinkedIn pages simply won’t cut it.

Most of us didn’t even know what Pinterest was or how to pronounce it this time last year.
Now, Pinterest is the latest social networking rage, with both individuals and companies, be they just starting a business or around for some time now, standing to benefit from it when properly used. With other social media sites in the works, staying on top of or even ahead of the curve proves all the more important in today’s job world.

While some social media sites are still primarily used as venues for individuals to stay in touch with family and friends and dig up old acquaintances, social media has become much more than that.

As a child, I remember tuning to the radio or television for breaking news. Fast forward a few decades and I’m now turning to my Twitter of Facebook account the minute I hear of such news items. In many instances, it is sites just like those that I learn of breaking news to begin with.

So after getting together with my friend again recently, I asked him if he was planning on taking any social media coursework in the near future in order to enhance his skills in that area.

He once again told me that due to his demanding writing schedule, he really didn’t have the time right now to embrace social media.

My response to him this time around was the same as the first, quite simply, make the time!