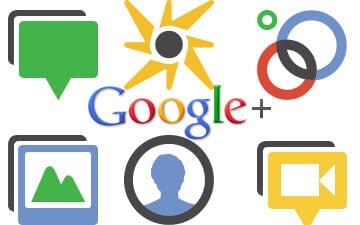 Google Plus is dead. I actually wonder if it was ever alive.

After my initial post regarding Google Plus, 10 Reasons Why I Hate Google Plus, I thought it was only fair that I conduct a little experiment – I would add Google Plus to my daily social media routine and make a concerted effort to engage with Google Plus the way I have with Facebook and Twitter.

My experiment has now lasted a few months and my conclusion is that Google Plus is dead.

Truth be told, my initial dislike of Google Plus stemmed more from people’s reaction to it and not from the tool itself. I love many, if not all, of Google’s tools and I, too, was consumed in the hype surrounding the launch of Google Plus. One of my early criticisms was the limited audience on Google Plus – the first adopters tended to be “social media professionals,” people I knew through social media but had never actually met. While I slowly began to see people that I actually knew offline begin to show up on Google Plus, I found that their engagement and participation occurred in the beginning but slowly trailed off to nothing. I actually wonder now if any of them still log into Google Plus.

As a result of the above, I have found the connection and interaction lacking when compared to my other social media channels. I do understand that Google Plus is still in it’s infancy but recent trends tell me the interactions I have on Google Plus are diminishing and not increasing.

READ
What Is A Landing Page And Why You Need One

One of the reasons that I love social media is the ability it gives me to find and share great content about any topic I wish. I have yet to feel that way about Google Plus. This could be for any number of reasons: limited audience, lack of business profiles, or limited topics based upon limited audience. I’m less worried about the cause of the problem but notice that this is a problem for me. Quite simply – I find less great content to consume and share from Google Plus as compared to Facebook, Twitter, and YouTube.

I’m a big fan of Guy Kawasaki and heard him speak a few years ago about The Art Of Innovation. In his speech he offered 9 points to make his case. His first point is “Jump to The Next Curve.”

Too many companies duke it out on the same curve. If they were daisy wheel printer companies, they think innovation means adding Helvetica in 24 points. Instead, they should invent laser printing. True innovation happens when a company jumps to the next curve–or better still, invents the next curve, so set your goals high.

Although Google Plus may actually not be dead – I’m afraid that it’s formal demise is not far away and that it’s fate will mirror it’s big brother, Google Wave.

What do you think? Let me know by posting your thoughts in the comments section below. I would love to get your feedback!